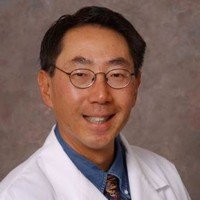 by Ronald L. Fong, MD, MPH, MBA, Board Member of “Equal Rights for All – PAC“

Last year, California State Senator Steven Bradford justified his co-authorship of Proposition 16 by declaring that “African-Americans and Latinos have even greater concerns” than Asian-Americans.  Specifically, he dismissed Asian-American parents protesting a projected 50% decline in admissions for their children at the University of California (UC) campuses under Prop 16.  Corresponding statements from numerous state and national leaders spurred me to volunteer for the No on 16 campaign.

Prop 16 aimed to remove the California Constitution article that prohibits discrimination or preferences “to any individual or group on the basis of sex, color, ethnicity, or national origin in the operation of public employment, public education, or public contracting.”  Prop 16 would have codified state-sanctioned orchestration of the public university admission process to derive outcomes predicated largely, if not exclusively, on demographics.

Initially, I focused on Prop 16’s impact on college admissions.  However, I now recognize how its insidious allure of equity, fueled by sacrificing equality, connects with the left’s spin on the escalating wave of attacks on Asian-Americans.  Both position the prism of white supremacy fear-mongering to project distorted dynamics.  The Yes on Prop 16 website touted its passage as a rebuke to “the hateful rhetoric of [President] Donald Trump and his allies,” a tacit nod to white supremacists.  The Yes side raised over $25 million in contributions; we raised $1.7 million.  They augmented their significant financial advantage with an abundance of high profile endorsements.  Future cabinet members Kamala Harris and Secretary of Transportation Pete Buttigieg endorsed Prop 16, as did the UC Board of Regents, the New York Times, and the Los Angeles Times.  Yet, an almost 15:1 advantage in dollars, liberal star power, and the media’s endorsements in a deep blue state did not persuade Californians; they voted down Prop 16 by a 57 to 43 percent margin.

Faced with repercussions from Asian-American voters, Prop 16 supporters quickly seized platforms to denounce attacks on Asian-Americans, essentially throwing a public relations bone to a group they had treated contemptuously months earlier.  The dyad between Prop 16 and the media’s reporting on the violence against Asian-Americans bolsters the left’s voting blocs by citing whites as the culprits.  The left’s obduration to race-based politics binds them to silence regarding the Department of Justice reports that blacks commit a disproportionate plurality of crimes against Asian-Americans.

Unfortunately, Prop 16’s defeat did not deter its supporters from mining other endeavors of discrimination.  Those embracing Prop 16’s ideology rescaled their efforts by focusing on dismantling merit-based, race-blind admission processes at academically rigorous high schools at the national level.  School boards in San Francisco (Lowell), New York (Stuyvesant), Boston (Boston Latin) and Fairfax, Virginia (Thomas Jefferson) pivoted to impose lotteries, redlining, and “holistic reviews” to usurp personal academic achievement by eliminating or reducing the weight of standardized testing.  These nationally renowned schools have the common denominators of developing high performing students and enrollments of Asian-American students that are disproportionately higher than their district representation.

The boards have arrogated themselves as agents to eradicate perceived structural racism by instigating identity politics instead of improving the educational experiences at all schools in their districts.  Rather, they focus on the high profile schools for political expediency.  They eviscerated the foundational processes and qualities that have built these schools into standards for college preparation.  They inveigh the canard that Asian-Americans are inherently privileged and need to step aside for others; they evoke Senator Bradford in prioritizing concerns by race.  Unjustifiably, they demonize a group that never had the power to design and to construct the admission standards they deem racist and invalid.

Institutionalized discrimination directed against vulnerable populations of children and immigrants declares that Asian-Americans are unworthy of equal opportunities or protection.  Marginalization beckons scapegoating and dismissal of concerns.  Individuals physically attacking Asian-Americans parallel government mandates discriminating against Asian-American students under the guise of equity: both claim licenses in depriving the Constitutional liberties of others stemming from a warped sense of justice and entitlement.  And both escape accountability by the media’s propaganda and academia’s indoctrination that Asian-Americans are merely white-adjacent and deserve the leftist scorn reserved for privileged whites.  Defeating a racist proposition means nothing if the intended practices continue to proliferate in more malignant expressions.  Asian hate is more graphic on the streets, but it is more widespread in legislative chambers, school boards, and media outlets.

About Equal Rights for All PAC (ERFA PAC): Equal rights and the supremacy of personal liberties are at the heart of America’s founding. Unfortunately, both of those most basic ideals are being eroded due to a lack of defense by elected officials. “Equal Rights for All PAC” will seek to identify, nurture and contribute to political leaders who support equal rights for all citizens.“ We believe in Prop 209 and we have defeated Prop 16 with California voters. We will keep fighting to make sure that “the state shall not discriminate against, or grant preferential treatment to, any individual or group on the basis of race, sex, color, ethnicity, or national origin in the operation of public employment, public education, or public contracting.”