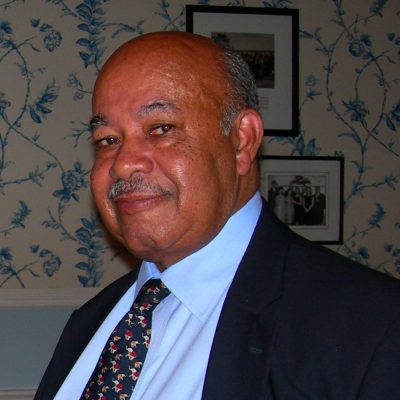 Reflects on Equality vs. ‘Equity’ and Victory of NO on Prop 16 Campaign Last November

“Though President Biden has made ‘racial equity’ the new marching orders of his administration,” Connerly said, “the NO on Prop 16 campaign showed that Americans believe in equality for all, not special treatment for some. We are each other’s equal, not because of color or race, but because we are all Americans.”

Proposition 16 sought to repeal the part of the California Constitution—passed as Proposition 209 in 1996—that prohibits racial discrimination and racial preferences in public employment, public contracting, and public education.

In a state where Biden defeated Trump by nearly 2 to 1, the NO on 16 campaign won by a 14-point margin. This is despite the fact that the Prop 16 campaign enjoyed a funding advantage of 16 to 1, as well as the backing of the entire political, media, sports, and business establishment in the Golden State.

“From the bottom of my heart, I want to thank the team that defeated the ‘equity’ agenda in California,” Connerly said. “Equality was upheld because of your courage, commitment, and dedication. As the ‘equity’ agenda seeks to take hold elsewhere across America, I look forward to continuing to the fight with many of you.”

Connerly offered appreciation for the leadership, staff, volunteers, and other supporters who contributed to the NO on 16 victory. They are listed in the Appendix. This press release serves as a historical account of those who participated in the campaign to preserve and defend the ideal of equal rights as enshrined in the California Constitution.

Californians rejected Prop 16 by a margin of 57 to 43 percent in November 2020. Below is a list (an inevitably incomplete one) of those who fought to make this victory possible.

Key Advisors and Staff of NO on Prop 16

The vast army of volunteers who gathered to defeat Prop 16 served as the backbone of the movement to defend equality. They worked tirelessly, organizing numerous weekend car rallies, distributing “No on Prop 16” yard signs, making phone calls to politicians in Sacramento, promoting awareness on social media, and much, much more. The volunteers ranged from professionals to homemakers, many of whom were participating in the political process for the first time. Their organizational efforts were phenomenal, with numerous volunteers assuming leadership and taking on tasks without coordination with the campaign. The victory over racial preferences could not have been achieved without their leadership and hard work. An incomplete list of some of the most active volunteers appears below (for a more comprehensive thank you letter to our volunteers please refer to “Thank You All Volunteers on NoProp16 Campaign from StopProp16.org!“)

For a list of organizations that supported the NO on Prop 16 campaign, please visit https://californiansforequalrights.org/our-coalition/. Special thanks go to Students for Fair Admissions, which contributed $50,000 to the campaign and was its largest donor.