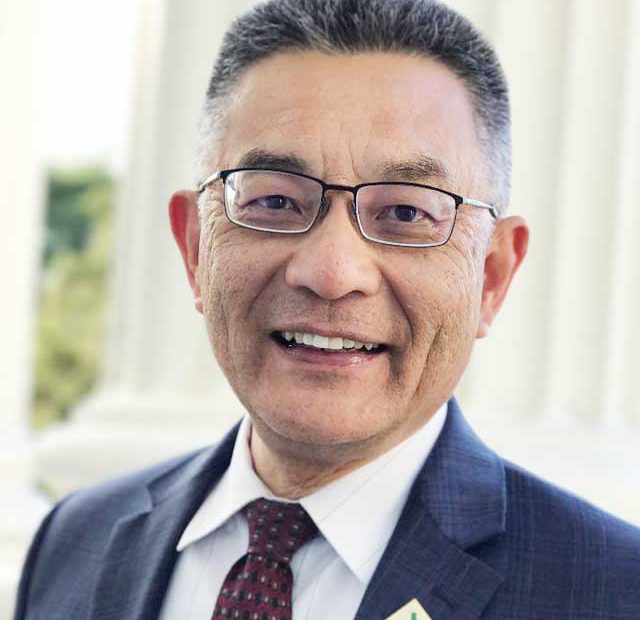 Kansen Chu is an extraordinary individual. Kansen is a Democrat, but he does not allow his party affiliation to compromise his values or his integrity. Because he is a staunch defender of the ideal of equal rights, the Equal Rights for All PAC is proud to endorse Kansen Chu to represent Assembly District 24.

As an immigrant from Taiwan, Kansen has served Californians being a Berryessa School District Trustee, a San Jose City Councilmember and then State Assemblymember for AD25.

Back in 2014, when Californians fought against the bill SCA5, Kansen was among the grassroots leaders, and he has since established great relationships with minority communities. In 2016, Kansen facilitated the conversations around the  AB1726 (Bill to disaggregate Asian-American data). With the collective efforts from grassroots voters and other representatives, the authors made a major revision to remove the part of data disaggregation for Asian-Americans in higher education. In 2020, Kansen abstained from voting on ACA-5, the ballot measure which would reverse Proposition 209, California’s ban on racial preference policies. He soon received vehement attacks from his own party asking him to resign for that decision. The ACA-5 later went to the ballot and became Prop 16, and California voters voted it down by a landslide margin of 57 to 43 percent. And Mr. Chu stands adamantly with the people of California.

Kansen has a track record of representing his constituents and taking actions to get the job done. As a San Jose Councilman, Kansen helped open the Berryessa Farmers market and 4 neighborhood parks; As an assemblyman, Kansen has turned 125 of residents’ suggestions into 40 laws or resolutions in California. During this year, he organized a series of events in different cities, to bring the residents and public officials together on the community safety issue.

Kansen Chu is an American of integrity, courage and accountability. He is a proven fighter for equal rights and the People. The Equal Rights for All PAC calls for support to help Kansen Chu in his campaign to represent Assembly District 24.

Please support your Equal Rights For All PAC, support our endorsed candidates such as Kansen Chu, so that our rights and the rights of our children to equality are defended by people who represent us!

President of Equal Rights for All PAC